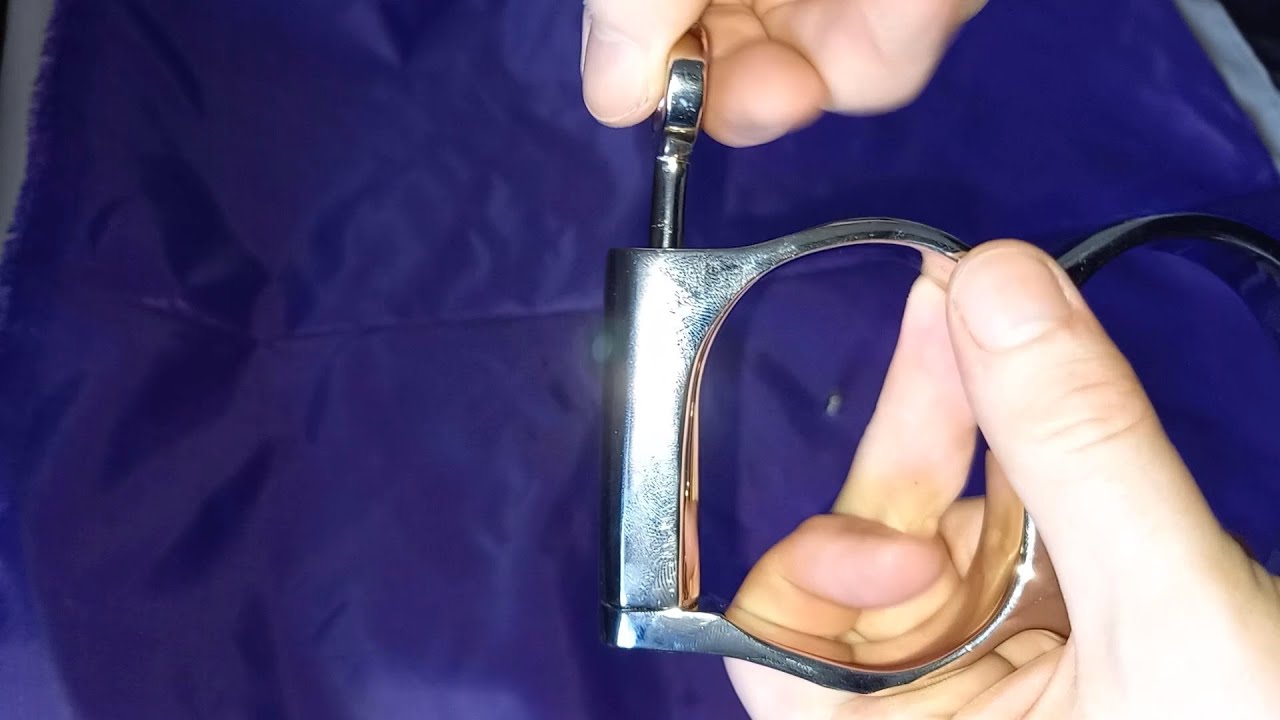 They are a recreation of an old British design that I believe pre-dates the regular Darby style.

These were apparently used mainly for transferring prisoners to and from court and possibly used in prisons, as I have read somewhere.

I think these weren't used as regular-use handcuffs for some reason. They are quite limiting and bulky.

It was difficult to do the on-person demo of these because of the difficulty and discomfort involved in operating them on yourself without help. This on-person demo is the second take. The first take I did took ages. I kept dropping the key, dropping the plug and it absolutely killed my wrist. I was stuck in them for a few minutes while I let my wrists have a little rest before continuing.

They are made very well, are nice and smooth and are very good quality. I believe they are made of brass and they're nickel plated.

They have a little plug that seals the keyway to add extra security. Why do you need to screw the key in before you can interact with the actual mechanism? (I thought). Well, I think it is both to make the keyway smaller, because now you have threading to negotiate instead of it being a wide open keyway. Also, the plug it's self acts as a barrier to picking. Sort of a double lock feature. So if people were put in these handcuffs with the backs of their hands facing the lock mechanism, and the plug was installed, it would be EXTREMELY difficult to escape them. Not only are your hands facing the wrong way, the keyway narrowed because of threading, but also the exterior threading means it's fiddly and precise to get the key into the keyway. If you do not align the key properly it's super difficult to get the key to screw in. Pretty high security! (I'm sure Coxyspicks may disagree 🤣) I bet this is why they were used during transport when going to court.