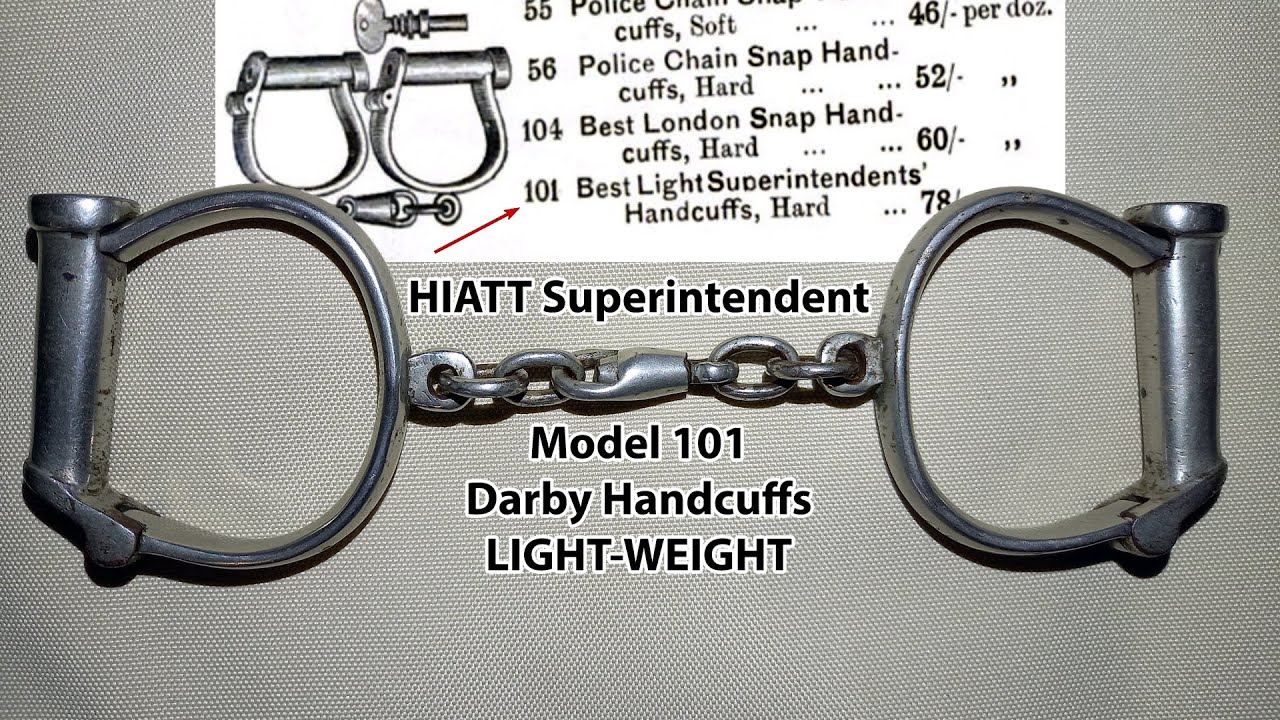 These are the British lightweight HIATT model 101 Darby handcuffs, known as Superintendent model. These are pre WW1 / WWI / World War 1 / The Great War. They were listed in the Hiatt's 1904 catalogue. I am not sure when they were actually first released but my pair "just" pre-dates The Great War.

These weigh 265 grams. They have an extra chain link on either side of the swivel. They are about the same over-all length as a normal pair of model 104 Darby handcuffs because the chain links used are smaller.

The swivel is also smaller and lighter and the shackle or bow is thinner in width than the average Darby handcuff. All this goes towards lowering the weight. An average Darby handcuff weighs approximately 400 ish grams. But here's a list of my other darby weights, so you can see a comparison for how light these are:

265g HIATT Superintendent model 101 (the pair in this video)

In 1904 this model would have sold for about 6.5 shillings, while the standard model 104 would have cost about 5 shillings. Apparently these were often used by the MET police in London, but elsewhere were not as widely carried as standard, due to the increased cost. This is why you see many more model 104 for sale than 101 superintendents. Check the pinned comment for a picture of what a Superintendent looked like in 1920. No wonder they needed lighter, thinner handcuffs! Very little places to carry anything!