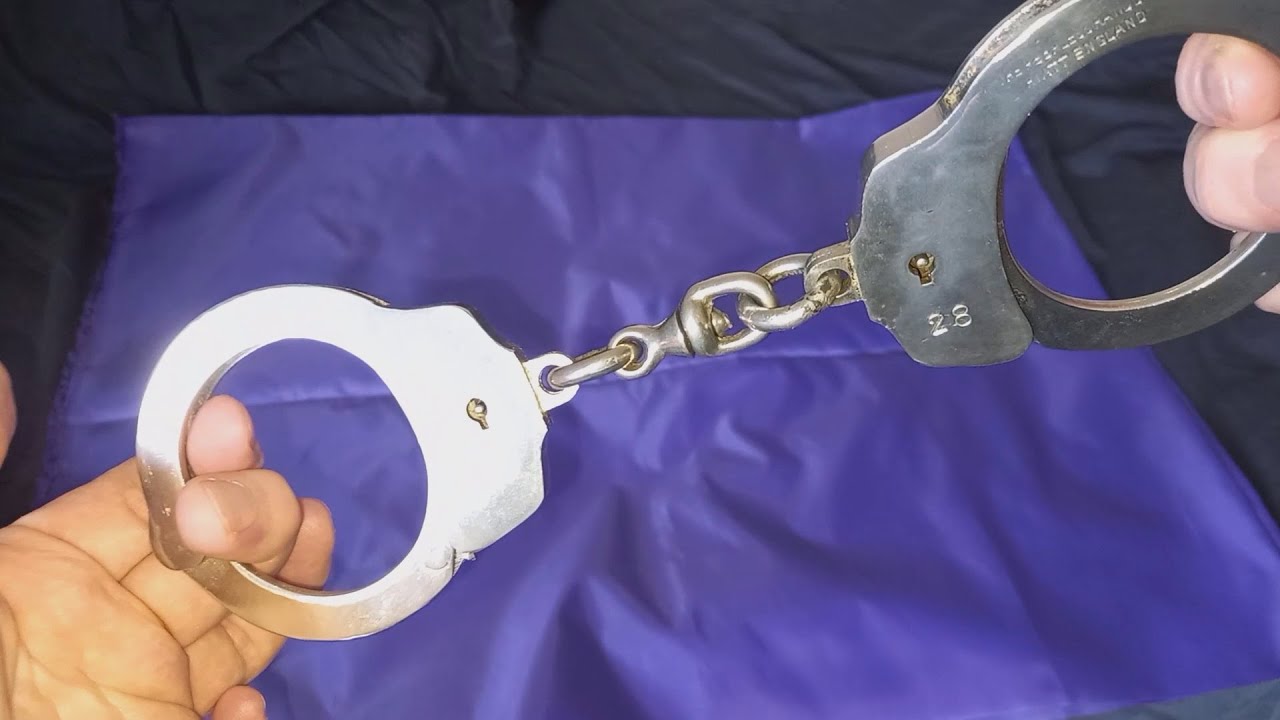 This is the HIATT Peerless handcuff. This version is from around 1960 - 1969. This was created by HIATT under a license with Peerless to use their handcuff bracelet design. It uses a similar swivel design that were used in Darby handcuffs and the Hiatt 1960 models instead of a more modern chain design.

These are good quality handcuffs, though not perfect. They have the channel cut into the bow but the body of the handcuff has no protrusions to make use of it. This means a very strong person could pull outwards and pull the bow teeth away from the pawl teeth and escape.

These were too expensive to make due to the licensing restrictions and as such did not see widespread issuing in the UK. So later on, Hiatt tweaked the design to get around patent issues and they made the Hiatt 1970, which was free of licensing issues and in my opinion was a worse handcuff than this Hiat-Peerless design.

These have one single pawl but they have strong springs which can make picking a little bit more difficult.

I am very happy to have this handcuff in my collection, to show the lineage of British handcuff designs that were used by our police forces.