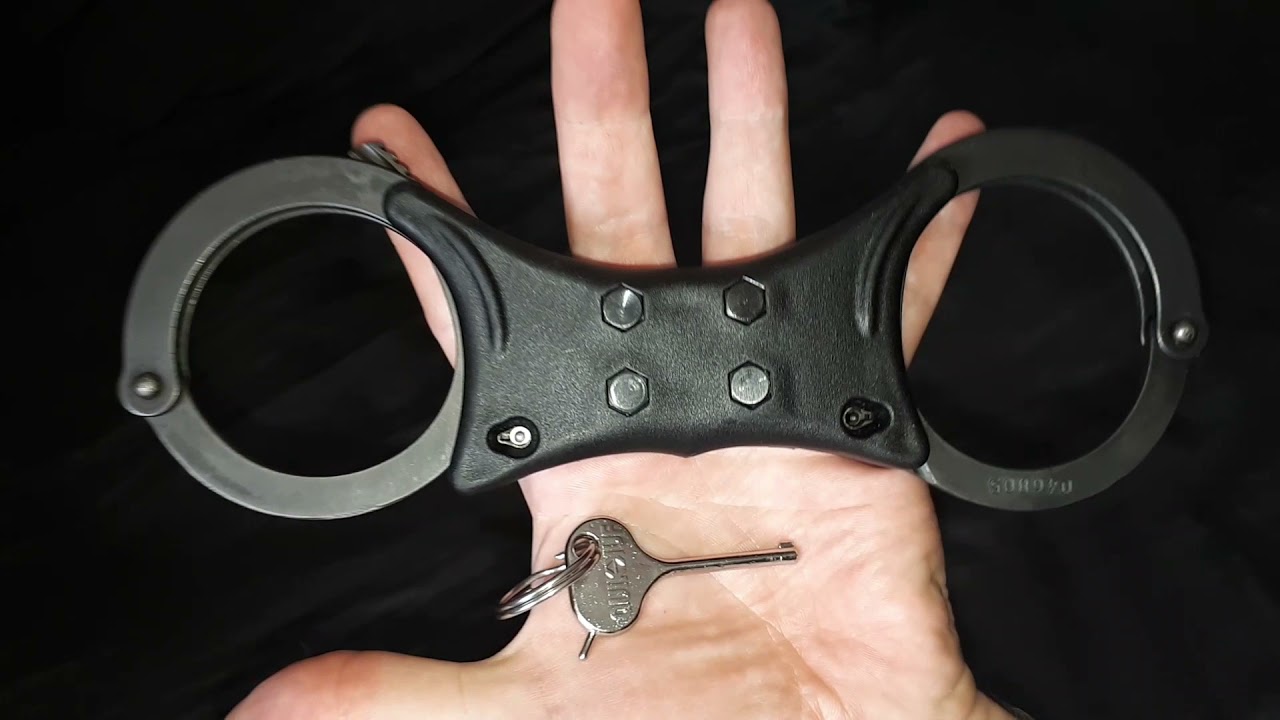 These Quik-Kuf rigid handcuffs were introduced to the British police force in 1994 and were a landmark new design, since (to my knowledge) the police had not used rigid handcuffs prior to this.

They have 2 pawls, use standard handcuff keys and are lighter weight than today's modern speedcuffs by TCH. Instead of a full-width steel connecting bar on the inside, they utilise a much smaller rectangular "rod" which connects the two sides of the handcuffs, reducing the weight. They also have zero rattle and you shake them.

This is a matt black pair, and are blued black using a process called bluing which oxidises the metal to turn it black. These are nice. They came in different variations. Some variants have 3 pawls, others 2, different plastic grip styles. I believe this is one of the later symmetrical ones.

Also, here's a fact for you. The Quik-Kuf keys have a small hole size, which only accommodates keyposts of very small diameter. These do work in the old Hiatt, but they do not work in modern TCH. Nor do they work in Peerless. I have not bothered trying any other brands because it is very very clear from looking, the QK key is mostly only useful for use in their cuffs, not as a general-use handcuff key.