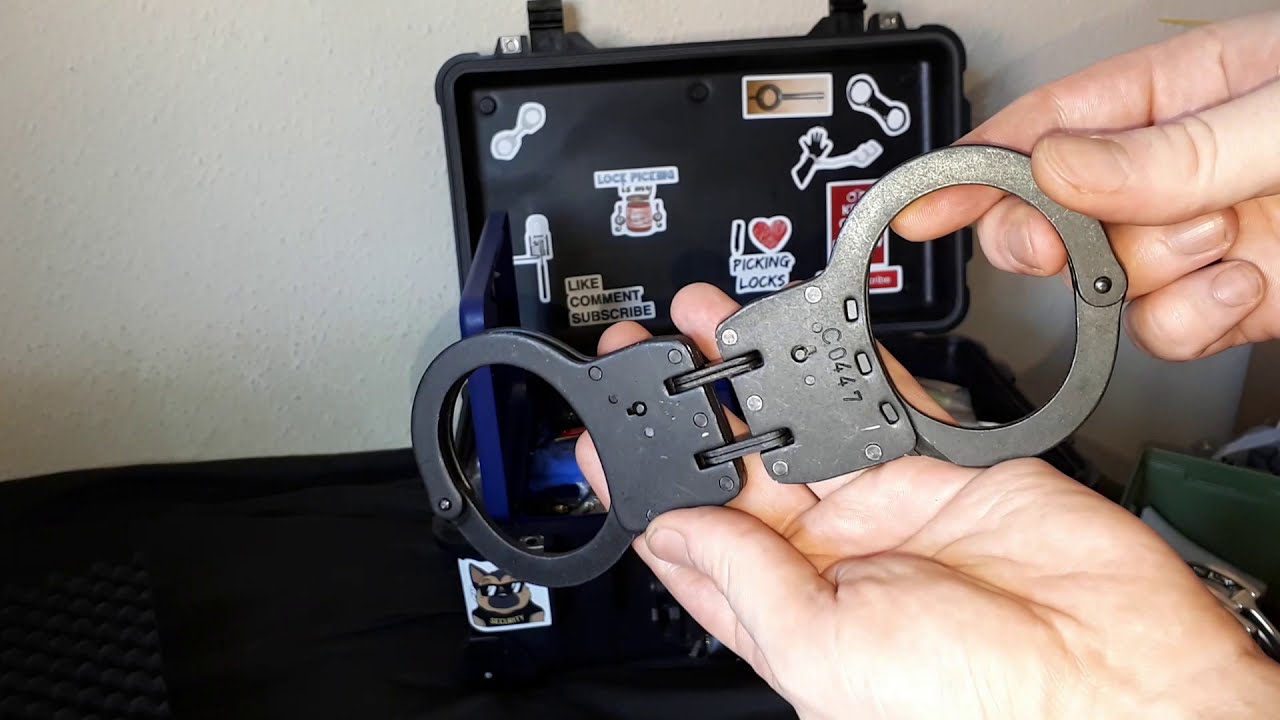 These are the Russian BRS-3 handcuffs in black. Apparently in Russian they are called БРС-Ш and are apparently in current use by police and other law enforcement in Russia.

These are really heavy duty handcuffs from Russia. They have great security features, a hinge to reduce freedom of movement but offer some comfort, double lock which can be activated by the push pin or by turning the key AND they unlock in a similar way that ASP does, where you keep turning in the same direction to both disengage the double lock and then keep turning to undo the single lock. They also have a ditch and peg system which grabs the handcuff arm when it is locked onto the wrist, so a strong person could not pull outwards to disengage the teeth, thus keeping them locked!

These are really cool and are relatively comfortable, actually. They are NOT a large wrist capacity, they are probably similar to what you'd expect from regular Smith & Wesson sizing. They do close pretty decently small though.

Being black, they are imbued with a tactical "These mean business!" look to them. I have heard that some serious air-soft people use these to add authenticity to their games. While the locking mechanism seems more complicated than a "normal" pair of handcuffs, whether you are into airsoft or not, the simplicity of a single direction turn to unlock them is a bonus.

Normal handcuff keys work well, including the #TOOOL​ ultimate handcuff key. You only get one key with them and it's a dumpy little key which I am not a fan of. The low height of the key makes it more difficult to use to unlock yourself.

Speaking of difficulty, when placed downwards onto the wrists with the keyholes facing the body, the keyholes are on the upper area of the cuff, making it probably almost impossible to use the key-balancing-on-finger technique to undo them. So you may have to experiment having them upside down where you press them on the wrist from the under-side of the wrist so that the single arm is on the top!

I am very very happy to have a pair of these in my collection.

Additional experience after making the video. The bracelets have a slight angle to them. So in a similar way as the Clejuso 13 are more comfortable when placed in a particular way up, these too also will provide a slightly more comfortable experience when placed on the wrists from one direction (wrists placed down and the bows swung over the top to close) vs pressed down onto the wrist as "normal" kind of thing. So you could experiment and figure out which is the best method of application for your goal.