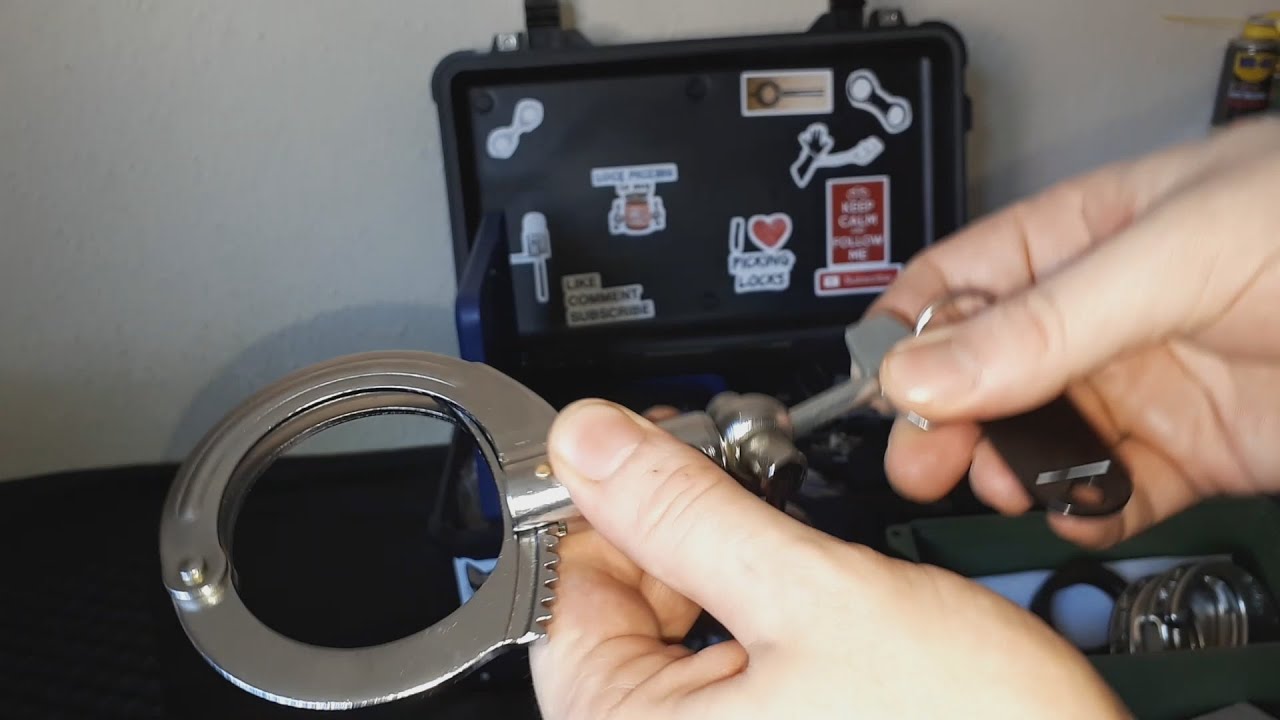 These are the Chinese ANHUA HC-01 handcuffs. They are a reproduction of a popular WWI ( World War 1 ) era American handcuff called H&R Super 123 by Harrington & Richardson Arms company in the 1930's. The original H&R handcuffs were very much ahead of their time and high security (even by modern standards), with a swing-through design, a double lock and I believe they also had the ditch and peg system that most modern cuffs have which grab the arm and hold it in place to prevent a strong person pulling outwards to pull the teeth away from the mechanism. The American FBI preferred to use them because of their higher security.

Over all I would say, from pictures I have seen, the original H&R models were a little bit better manufacturing quality, however these Chinese reproductions are more than adequate and have very good security.

These cannot be shimmed, because while most modern handcuffs have a pawl lever which just needs to be pressed down, these Anhua handcuffs have a gear wheel or cog which has to turn, so you cannot shim them, even if they are single locked. Ingenious!

Their wrist size capacity isn't too bad either, if I can get my hands in when they are locked on their largest setting, I am impressed and these do.

They have a double lock for added safety and security. The double lock is disengaged and the single lock opened all in the same turning rotation, making unlocking them easy.

Keep the keys safe! You only get 2 keys and they are not like any other handcuff key I have ever seen or had in my collection!!! I have been unable to pick them too...

One thing I will say is sometimes when you remove the key, you accidentally double lock them, so it's best to pull the key out while you have it turned to undo the single lock, that way they can swing-through when you need to apply them to someone next time without having to use the key first.