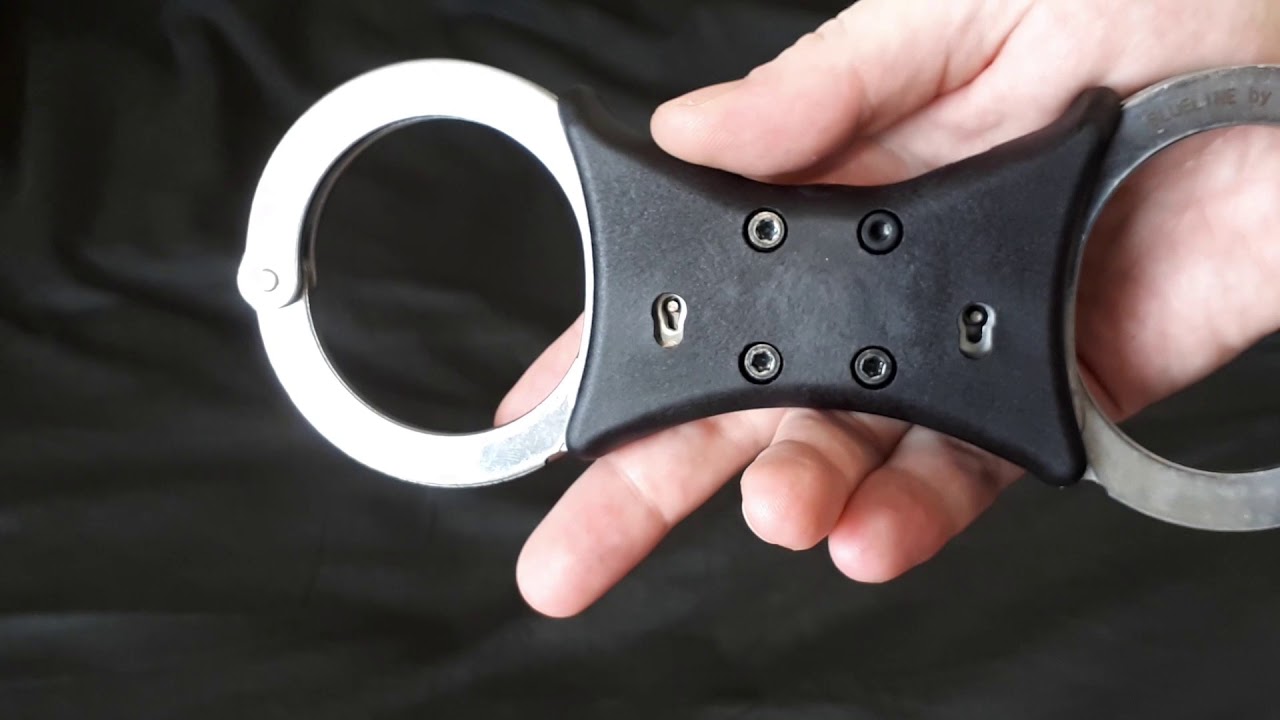 This is the new and improved Kel-Met rigid handcuff, known as model KM 2000. This is a rebrand called BlueLine, which still has Kel-Met stamped on them as well. Made in Poland. Not related to the Chinese "Blueline" brand I overviewed a while back.

The original backloading had an issue where the last 3 clicks could be mistaken for normal handcuff size positions and in this case double locking was non-functional despite being engaged. So after contacting Kel-Met about this, a month later I received the improved model.

It is a rigid handcuff, similarly sized and shaped as British TCH 840 handcuffs. The keyway orientation is different from that of TCH, in that it is sideways similarly how Peerless and Alcyon handcuffs are.

These handcuffs are rigid when left assembled but if you disassemble the plastic grip cover, the two cuffs are capable of swivelling around in place, while staying rigidly connected.

These are made of stainless steel, so cause less or maybe even no allergic reactions on the skin. They are strong and seemingly have no need of ditched jaws, according to Kel-Met. There is a visual outline of the ditches but there is no peg or protrusion that fits inside them.

This is a much improved model in my opinion to the prior model, although I feel there is room for further improvement in that at present only the last click is not safely usable due to not being double locking capable. I have heard this is a somewhat common issue with various basic-backloading handcuffs. But I would like to see this get resolved and maybe improve tolerances on the mechanism so that when double locked the pawl bars are more firmly in place and unable to move.

All this said, I would say this new revised model is a worthwhile handcuff and I would be much happier using this model in a professional context than their original one.