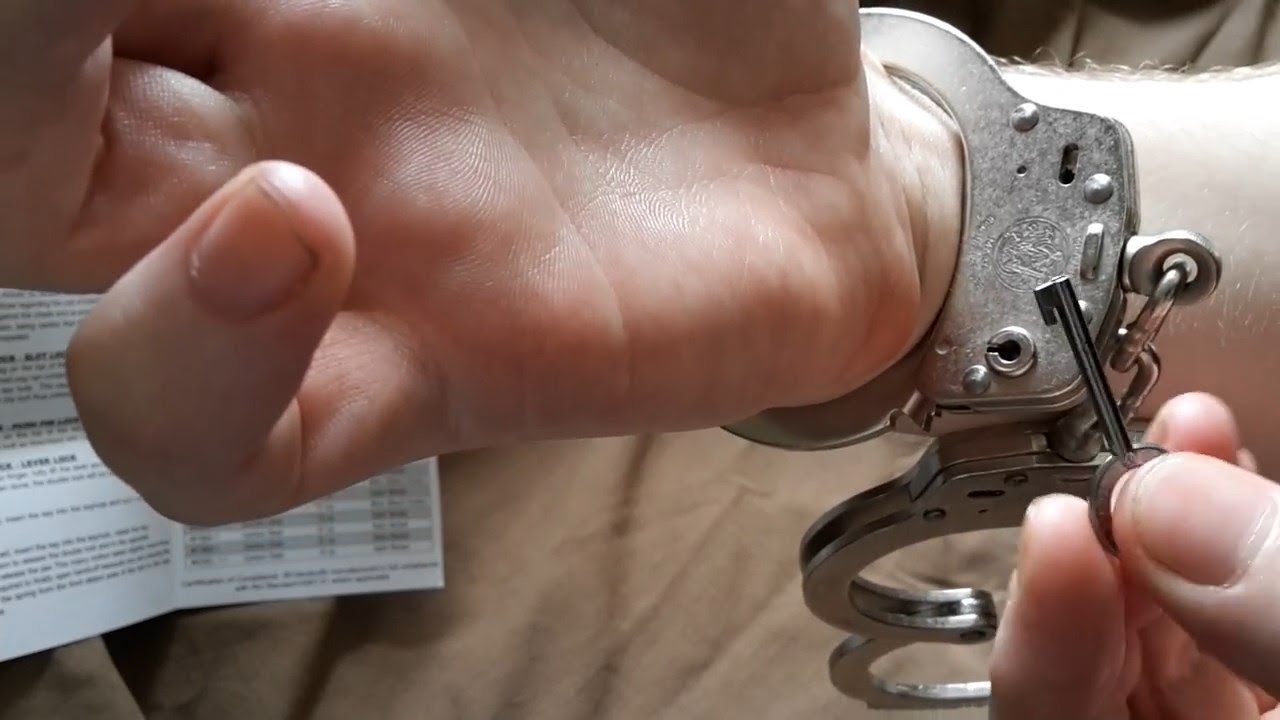 These are the Smith & Wesson 104-1 (M104-1) [the newer version of the model 104] MAXIMUM SECURITY handcuffs. They are used on the most dangerous and risky prisoners.

Particularly during transport and on Death Row,  as seen in this image of executed serial killer Aileen Wuornos sporting the original model 104: http://crimefeed.com/wp-content/uploads/2016/10/Aileen_Wuornos_crimefeed.png

They are HIGHLY pick resistant. They use a special, smaller than normal key with, obviously, a tighter keyway which makes sticking picking tools more difficult due to the constrained space.

Not only that, the mechanism is designed in such a way as to have keyhole bushing which has kind of a dome placed around the keyway with a gap only down one side so that the key's flag can fit into the slot. The key then has a bit that hooks up and around the rim of the dome so that this special key can turn, where others would be blocked. Extremely extremely pick resistant because you need something small enough but exceptionally strong, something that can bend all around the outside of the dome "Bushing" and that is very difficult. I have picked pretty much every cuff in my collection except this one. Here is an image of the mechanism: http://i766.photobucket.com/albums/xx303/Americanpw/PICT0001-5.jpg

Other high security handcuffs are available to the US police and department of prisons but I believe the label of "Maximum security" on these is applicable here. Making cuffs require a 2 bitted key is difficult to pick but having 2 paper clips can get the job done. Trying to bend something thin as hell but strong as hell around that bushing would be quite the trick to pull off.

These are not typically used by regular police officers because the keys are more rare and it would cause problems for releasing the person at the other end if the original arresting officer was not present. So they are typically only used during transport to prisons, on the worst people and in really serious places like death row.

They come with 2 keys and locating extra keys to buy can be difficult, due to the high security, excuse me, MAXIMUM security nature of them lol.

I hope you liked this video and perhaps found the info on the description interesting. Please like and subscribe :)